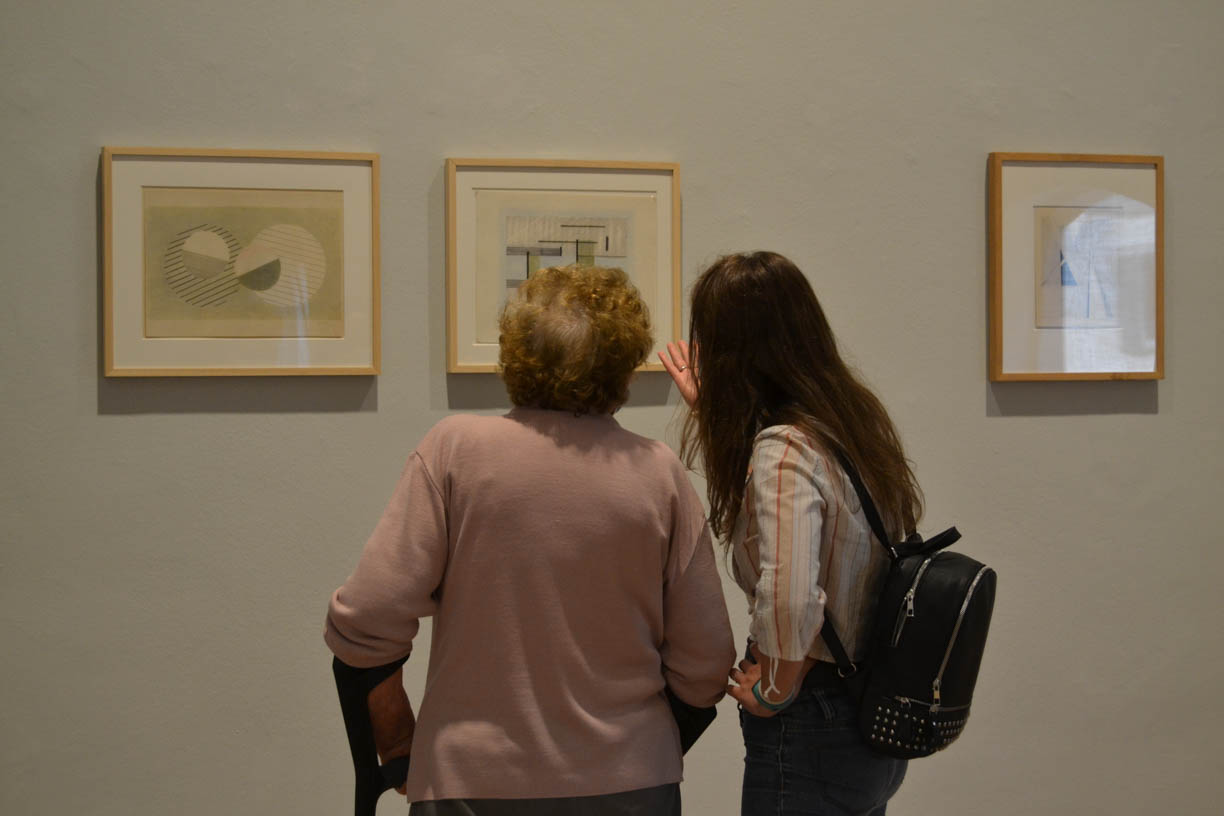 CATEGORY
Accessibility | Diversity/ Inclusion
YEAR
2021-2022
DURATION
One Year
LOCATION
Onsite
FORMAT
WEBSITE
https://www.gamec.it/posto-fisso/
TARGET
The Target is mixed: autonomous and self-sufficient people, average people from 18 years onwards working side by side with people with frailty and disabilities (people with Alzheimer's, people with a history of addictions or a homeless life, people with mental or cognitive disabilities).

Fixed Place, a participatory project between art, vulnerability, and citizenship.

Fixed place is a project financed by Comune di Bergamo and Fondazione della Comunità Bergamasca, designed in collaboration  between GAMeC, Cooperativa Namastè onlus and Fondazione Opera Bonomelli onlus. Fixed Place consists of 40 workshops for elderly people aged 65 onwards, healthy people and people with Alzheimer’s, and 40 workshops for people between the ages of 18 and 65, average people, and people with street life background and frailty. Born from the belief that art is a land of mutual growth and promotion of the person, the project makes the museum a place of dialogue, encounter, custom, a training ground for sociability, and interaction between people otherwise confined to invisibility.

The key idea of ​​the project was born from a project partnership with the Cooperativa Namastè and the Fondazione Opera Bonomelli Onlus, this is because the GAMeC has always been present in the area with constant attention to its transformations and its own necessity, in the name of physical, sensorial, economic and cultural accessibility, and the two partner institutions have a specificity and quality of work, widely recognized, such as to constitute, in this proposal, an effective and coherent triangulation with the vocation of each.

The project was born from the analysis of the city context, its network and its social components, evident or invisible: there are numerous needs and objectives intertwined with them, which acted as a compass for the conception of this proposal, and they concern a broad target audience. These are adults and the elderly in conditions of marginality, fragility and exclusion, social or economic, elderly with slight imbalances, inserted in the community or in the care of families, for which in the territory were drastically reduced quality opportunities related to the use of time (also following Covid- 19), young people/adults and seniors interested in long-life learning education courses, who want to participate in artistic-cultural contexts.

Obviously, needs and objectives are different depending on the people involved: for the area of marginality and fragility, and for the elderly it is:

– to accompany people to live as citizens, through paths that give satisfaction related to the perception of one’s life and the organization of their own days;

– to encourage a positive occupation of time, away from contexts of marginalization

– to allow the people involved to perceive themselves as part of a non-low-threshold community: they have to feel as protagonists with full rights in the cultural life, subjects of planning, participation and an active presence in the institutions of the City, in particular GAMeC,

– to be able to live in contexts of the city in which one feels welcomed, and at home

– to renegotiate the cartography of the city by increasing the presence of positive places of well-being, so that the GAMeC can then become the driving force of an approach/fruition of other places of culture

– to make the elderly feel important, and not abandoned by the rest of the community, especially after a life led under the banner of normal participation in the social life of the City, and after the shattering of ties and points of reference due to the pandemic

– to respond to the current drastic reduction, for health reasons, of opportunities addressed to the range of elderly people in the area.

For young people and adults, it deals with offering training and artistic experimentation opportunities, in a place that has always been attentive to heritage education and to adult education; in GAMeC they can match workshop activities, conducted by museum educators to the opportunity to meet and work with people from different backgrounds, often very distant. In this way, they can acquire a new vision of the city, as a place where art and citizenship find their own consistent realization. Heritage education, in fact, enhances personal paths, promotes a critical spirit, active citizenship, participation in cultural processes and to the cultural and political life of the city, success in studies and relationships, and also help in future life choices.

Cultural heritage education, in fact, cannot be considered an exclusively historical or artistic-cultural issue but includes a complex of related resources to other contexts, it allows to increase and maintain motivations, it promotes innovative multidisciplinary approaches and effective relationships with the community. At the same time, heritage education opens up to a European cultural dimension and to transversal key competencies for lifelong learning, as well as outlined by the European Reference Framework: learning to learn, social skills, the spirit of initiative and entrepreneurship, cultural awareness, and expression.

Obviously, this planning is intertwined with the desire of the GAMeC to grow in the perception of its value in the community as a reference point for associations, families, people, and with the museum’s desire to be perceived in the community as a permanent (“fixed”) place of heritage education and enhancement of the creativity in relation to the visual arts.

The workshops, therefore, are of two types, one complementary to the other, lasting two hours, on two “fixed” days of the week – Wednesday (elderly) and Saturday young people and adults), for 42 appointments, planned to build a close bond with the museum. The venue is the exhibition space (each laboratory provides a path into the museum), associated with the workshop space of Educational Services, at GAMeC, a place easily accessible and well served by public transport. Access would be free, in the name of the attention of the City to the relationship between Art and Citizenship, according to art. 3 of the Constitution of the Italian Republic which states:

“All citizens have equal social dignity and are equal before the law, without distinction of sex, race, language, religion, political opinion, personal and social condition. It is the duty of the Republic to remove the obstacles of economic and social order, which, effectively limiting the freedom and equality of citizens, prevent the full development of the human person and the effective participation of all workers in the political, economic, and social organization of the country “. To this article GAMeC wants to associate art. 27 of the Universal Declaration of Human Rights, according to which “Everyone has the right freely to participate in the cultural life of the community, to enjoy the arts and to share in scientific advancement and its benefits”.

The workshops have been linked to the museum’s exhibition: “TI BERGAMO” (2020-2021), an exhibition which spoke of a city that is rediscovering herself as a community, “REGINA”, which investigated like and works of Regina Cassolo Bracchi, a woman fully included in the current of futurism first and then abstractionism. In 2021 workshops are linked to “NULLA E’ PERDUTO”, dedicated to art and material in transformation.

Our museum educators, trained in the Museum, have the task of the mediation of the heritage, of the exhibited works, and are the activators of innovative laboratory practices, designed in such a way as to comply with any obligation and provision of health prevention and health protection. The project is innovative for its stable timing, for the activation of territorial social networks, and for the non-separation of public / non-public in all the workshops, in addition to this, it presents other choices of innovative nature.

Firstly, a professional educator would be present in each laboratory, selected by the Cooperativa Namastè for the workshop focused on elderly people and by the Fondazione Bonomelli Bonomelli for the youth/adult workshop, in order to support and enhance the educational choice of every project, and give support where it senses the need.

Secondly, the project would be of high educational value also for people included in socio-occupational projects, always linked to the two partners. These people would be in charge of the logistics services to support the workshops – space management, reception support, security, cleaning – but they would live this service and this training with a full-fledged inclusion in the museum, that would include an in-depth and engaging visit (measured on the target audience), to feel involved and not strangers to places of culture. These people, (there is a shift) would have a tutor, in order to be able to evaluate the benefits and repercussions of this part of the project.

Another point of attention on the basis of which the project was structured, and that again is placed in the perspective of innovation, is its format, which can also be used in other contexts and replicable by social and cultural realities, public or private entities in the area. It also wants to solicit the economic support of productive realities, which feel guaranteed by stability of the initiative and its positive impact, deciding to support its continuity in time.

Good social practices activate virtuous paths of well-being that involve the community as a whole, with repercussions on the good handling of individual situations; a good social network, such as would be created, would allow to better read the socio-cultural need of the territory, and to be more effective.

Finally, and it is a question on which GAMeC, Coperativa Namastè and Fondazione Opera Bonomelli have thought for a long time, it is believed that the project could give birth to a platform of excellence,  of proven quality, which can be a precious driving force in social initiatives, within the context of the creation of a network of projects that unite Bergamo and Brescia, the next capitals of culture. 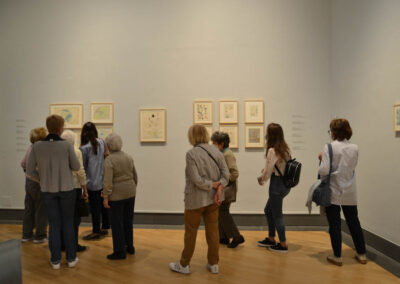 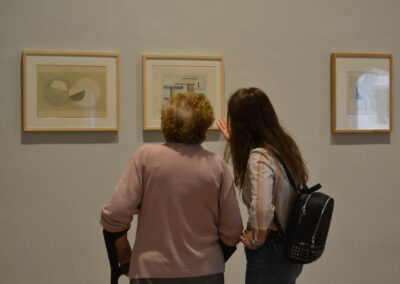 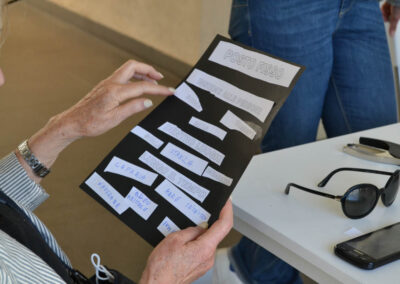 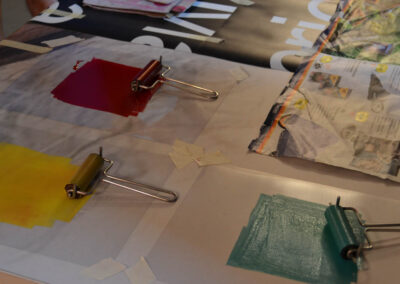 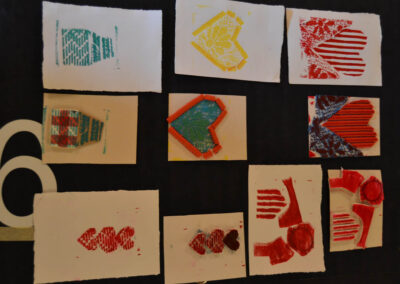 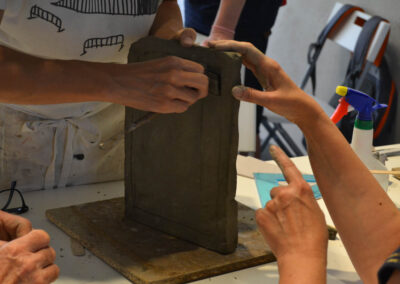 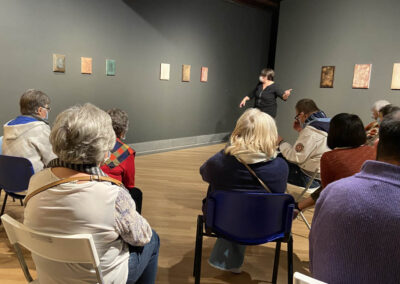 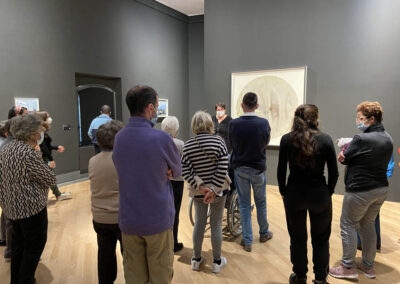 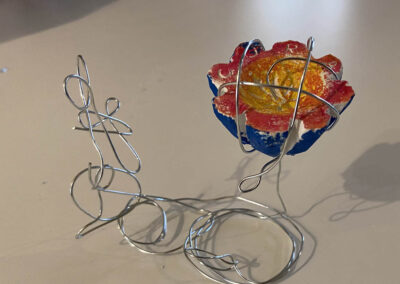 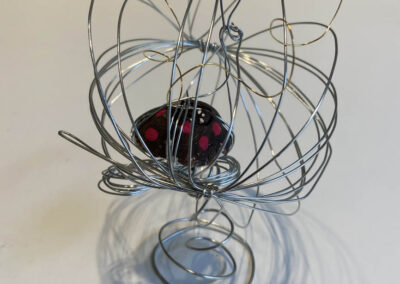 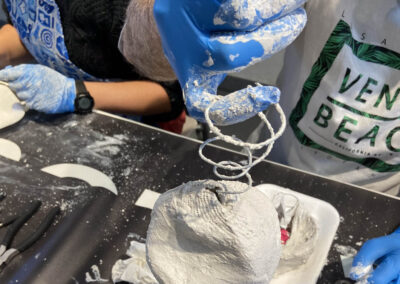 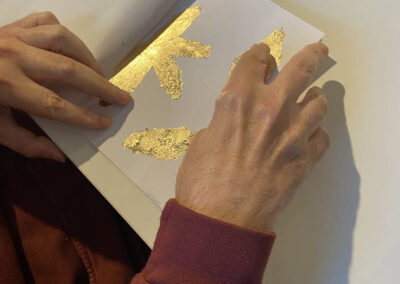 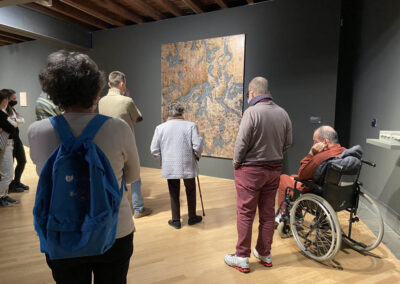 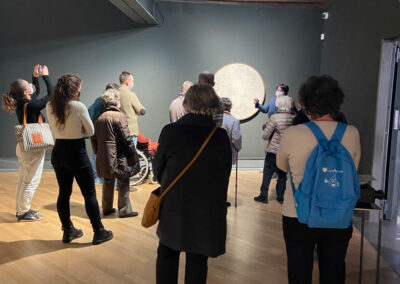 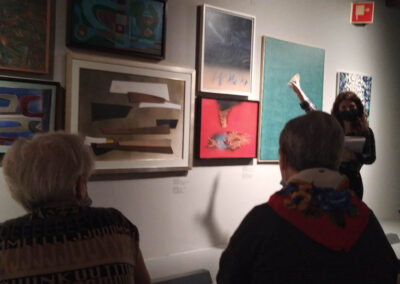 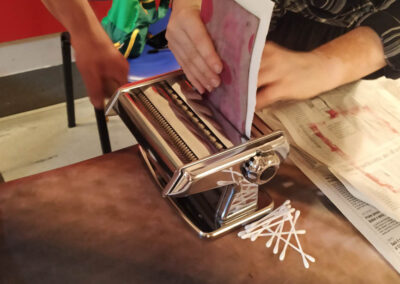 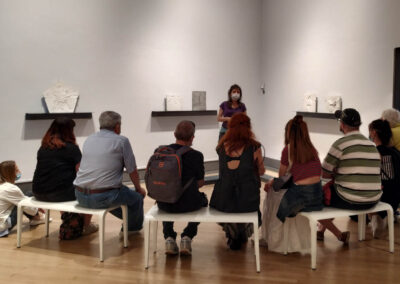 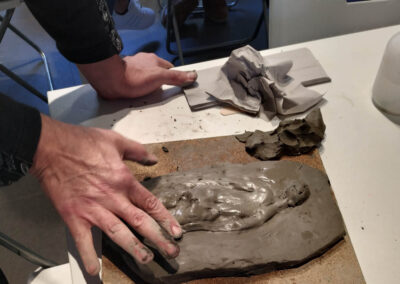 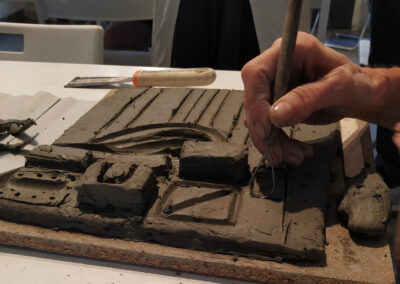 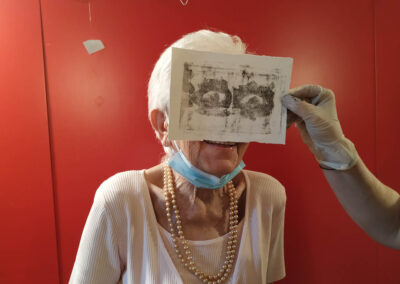 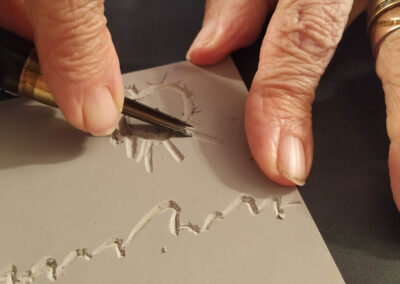 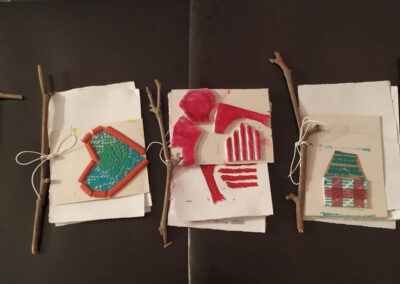