Modern Art History In and Across Africa, South and South-East Asia 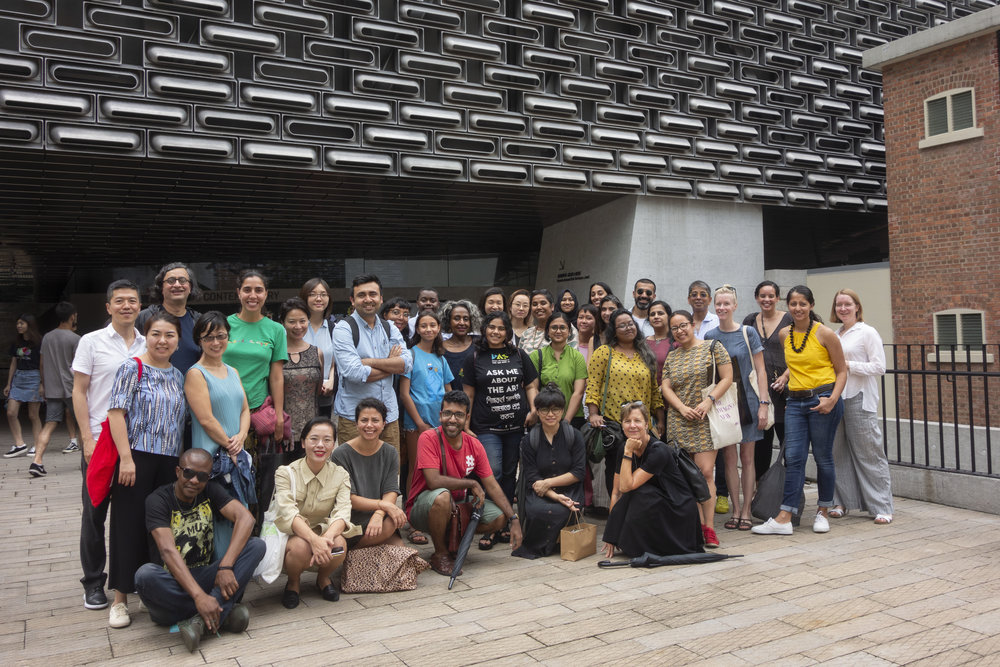 The Dhaka Art Summit, Institute for Comparative Modernities (ICM) at Cornell University , and Asia Art Archive, with support from the Getty Foundation’s Connecting Art Histories initiative, launched a new research project entitled Connecting Modern Art Histories in and across Africa, South and Southeast Asia. The project brought together a team of leading international faculty and emerging scholars to investigate parallel and intersecting developments in the cultural histories of modern South Asia, Southeast Asia, and Africa.

Shaped by shared institutional and intellectual developments that are closely related, these regions are marked by similar experiences during the twentieth century. These include the rise of modern art practices associated with the withdrawal of colonialism and the consolidation of nationalism, the founding of institutions such as the art school and the museum, and increasing exchange with international metropolitan centers via travel and the movement of ideas through publications and exhibitions. Viewing this in terms of statist and national art histories obscures their analysis in a comparative framework. By contrast, this program emphasizes a connected and contextualized approach to better understand both common developments as well as divergent trajectories.

MAHASSA is a collaborative research project whose partners include the Dhaka Art Summit, Asia Art Archive (Hong Kong), and Institute for Comparative Modernities at Cornell University (USA). The project brings together a team of leading international faculty and emerging scholars to investigate parallel and intersecting developments in the cultural histories of modern South Asia, Southeast Asia, and Africa. Comparative study of the development of practices, pedagogy, institutions, and circulation can be very insightful in critically situating local and national developments, as well as in recognising transnational dimensions to the rise of modern art and its institutions in this vast region. The first set of meetings was held in Hong Kong during August 2019; Dhaka Art Summit hosted the second convening of MAHASSA which included focused seminars, panel discussions, public talks, and presentations by participants. Details of the participants are given here: https://www.dhakaartsummit.org/connectingarthistories

Modern Art Histories in and Across Africa South and Southeast Asia

By the early to mid-twentieth century, in South Asia, Southeast Asia, and Africa the ‘modern’ increasingly dominated the making and the study of art. As recent studies continue to show, modern art was enacted on a transnational scale during the twentieth century, but canonical studies of modern and contemporary art and visual practices have continued to assume the centrality of Western art in specific geographic and cultural sites. Simultaneously, Western modern practices have also been understood as constituting the ‘universal’ modern. Consequently, modern non-Western art is seen inevitably to lack both a fully realised modernist subjectivity and cultural authenticity. Non-Western artists are viewed as failing to measure up to the aesthetic standards of the purported tradition of the artist that is invariably always situated in the premodern era, and their works are also seen simply as a belated and impoverished derivative response to Western modernism. Moreover, canon formation is linked to global power imbalances, capitalist accumulation, and institutional developments in complex ways that require analysis rather than tacit acceptance of its apriori status.  This is a well-established debate within postcolonial scholarship. Nevertheless, modern art of the region, by fostering new imaginations, also offers critical and affirmative potential. The Indian art critic Geeta Kapur recognises this dilemma: ‘Imposed on the colonised world via selective modernisation, modernism transmits a specifically bourgeois ideology. With its more subtle hegemonic operations, it offers a universality while obviously imposing a Eurocentric (imperialist) set of cultural criteria on the rest of the world.’ Despite these reservations, however, Kapur recognises the critical and affirmative potential of these developments: ‘Yet, as modernism evolves in conjunction with a national or, on the other hand, revolutionary culture it becomes reflexive.’ To outline a few basic assumptions: ‘Art’, (modern art in particular), cannot exist by itself as an autonomous formalist practice, but requires an elaborate set of requisite institutions to be legible – academies, galleries and museums, catalogues, criticism in journals and newspapers, collection and patronage structures, publics and audience etc. These institutions gathered force and acquired new valences in the Western world with the advent of industrial capitalism and colonialism. But in the increasingly colonising world of the nineteenth century, whose peoples were subjects rather than citizens, the colonised territories lacked the ensemble of institutions that render a similar legibility to art. In the case of India for example, its ‘classical’ art was rendered monstrous by the Hegel and Ruskin, and as recently as the early twentieth century, colonial cultural administrators were asserting that India did not possess any worthwhile tradition of high art. Ongoing ‘traditional’ material and visual practices were made visible only as timeless, anonymous, and disappearing craft and the artisan was subalternised. Popular prints and objects that circulated in bazaars since the late nineteenth century were not considered art either. The non-Western world thus enters the discourse of ‘modern art’ in the twentieth century in the framework of colonialism, orientalism, primitivism, and institutional and historical lack.  Nevertheless, the founding of art schools and academies, salons and art societies, and writings on art in journals and newspapers marks developments in South Asia, Southeast Asia, and Africa, from the late nineteenth to the mid-twentieth centuries. These processes were uneven, fitful and interruptive, but they mark the emergence of precisely the kinds of institutions that modern art requires for its framing. For example, as is evident from recent studies, the advent of cubism was immensely liberating for art practice in much of the non-Western world, as modern art was no longer encumbered by Eurocentric post-Renaissance visual codes of perspectivalism and realism. While modern artists were imbricated in complex ways with the rise of nationalism and decolonisation, we need much better accounts of these artistic valences than have been provided by many nation-state based art surveys so far. Briefly put, the concept of the ‘nation’ in much of the region does not possess an adequate referent: the persistent and multiple crises of the postcolonial nation-state in these regions only serves to underscore the epistemic violence by which the nation-state was enacted as a dominant political and social framework during the twentieth century. Many artists refused narrow nationalist framings in their practice: the importance of negritude and calligraphic abstraction since the mid-twentieth century might be understood in the vein. Andreas Huyssen has noted that postcolonial theory and globalisation studies are enabling new ways of writing histories of modernism that are transnational, rather than national or even international, and which he terms ‘modernism at large’, by which he refers to ‘crossnational cultural forms that emerge from the negotiation of the modern with the indigenous, the colonial, and the postcolonial in the ‘non-Western’ world.’ The role displacement and travel play in the construction of even a ‘national’ or local modern art clearly requires a better understanding than has been available as yet. And one also needs to underscore the powerfully affirmative potential of modernism itself in fostering new imaginations during the decolonising era. Viewing art history in terms of statist and national art histories obscures their analysis in a comparative framework. By contrast, Connecting Modern Art Histories in and across Africa, South and Southeast Asia (MAHASSA) emphasises a connected and contextualised approach to better understand both common developments as well as divergent trajectories. MAHASSA has unfolded across two in-person sessions in Hong Kong in August 2019 and at the Dhaka Art Summit in Bangladesh in February 2020. Each gathering has been structured around ten days of intensive activities including seminars by the affiliated core faculty, workshops, field trips, participant presentations, and public lectures. Drawing from the local academic communities in each location, the core faculty has been augmented through the involvement of professors, curators and artists based in Hong Kong and in Bangladesh. 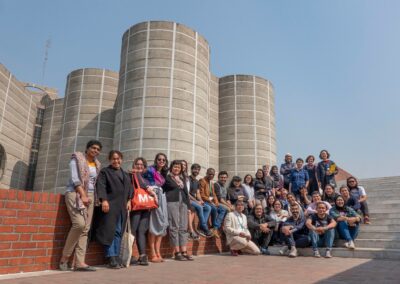 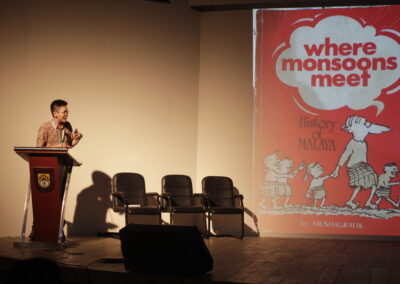 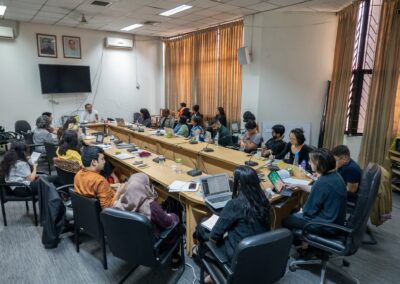 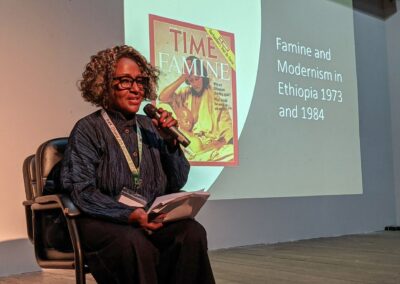 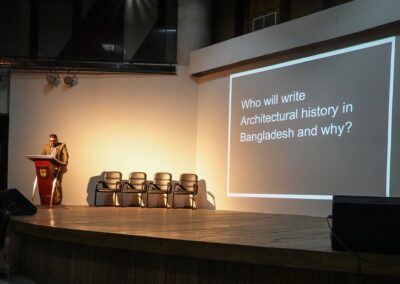 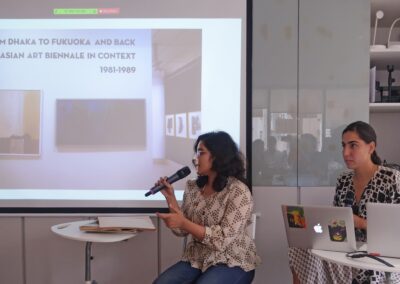 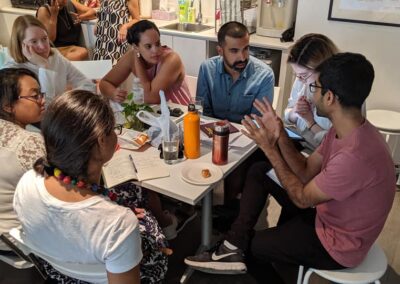 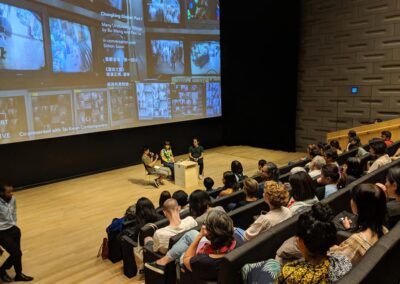